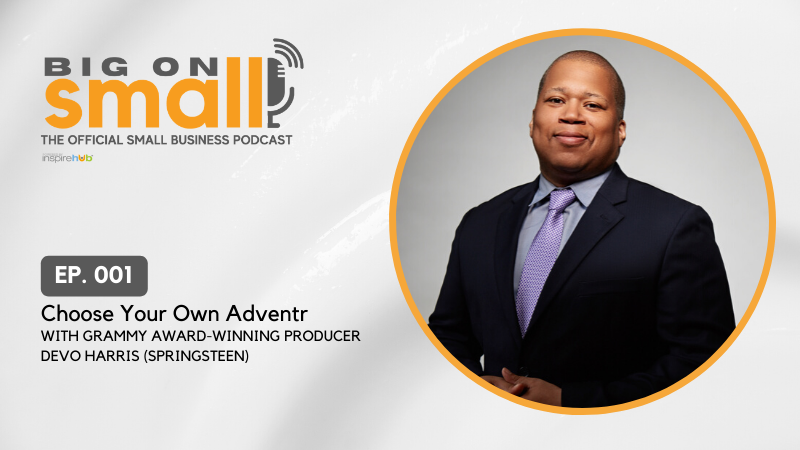 Big on Small, The Official Small Business Podcast, explores the big ideas that are helping small organizations survive and thrive. Hosts Karolyn Hart and Samantha Castro interview the inspiring people who are running small businesses, agencies, towns, charities, schools and teams. Here's why we're so excited about sharing our first episode with you!

Ep. 001 - Choose Your Own Adventr with Devo Harris (Springsteen)

John Legend, Kanye West, Britney Spears and Aretha Franklin are some of the BIGGEST musical acts in the world, and they all worked with a Grammy award-winning producer who has one small secret: he doesn’t play a single instrument. Devo Harris (Springsteen) is the humble genius behind global successes, and who has a passion for one thing: innovation. Now, the man who helped to launch, create, and shape the music we love by his innovative packaging of sounds is releasing interactive video technology through his company, Adventr. It’s already disrupting marketers’ expectations of what can be done with video. The crazy part? It’s affordable enough for small businesses.

It’s our first episode of "Big on Small", and boy are we kicking it off big!  Devo doesn’t play an instrument, but he won a Grammy. He’s not a coder, but now he’s leading one of the most innovative tech companies in the world. Devo outlines exactly what it takes to be successful and unpacks a number of myths that people hold around what it takes to thrive in an industry that you’re passionate about when you’re not necessarily the “talent”.

“That’s the difference between me and the next person,” he says. “It isn’t any genius. I think it’s … I literally do believe that anything is possible, and I think that anyone can win, including me. And I think too many of us don’t believe that.”

When listening to Devo talk about his life, it’s hard to not to get excited and inspired. He’s been at the forefront of trends, cultural creation and digital disruption, simply because he believed he could be. We all have BIG ideas that start off as small businesses. Devo was absolutely no different.  Surrounded by musical geniuses, he could have devalued his own gifts. Instead, he innately understood that “genius” lies in understanding, and leaning into our own passions and gifts. Then going and doing something WITH that understanding.

“I think inertia is strong. It’s one thing for us to say, ‘Well, I wish one day, they would do this. They would change music so it would look like this, or they would change our cars so they did this.’ But who is they? Who are these magical people that are supposed to make our lives better?”

Well, we’re here to tell you that Devo is actually one of those magical people, and his next innovation, Adventr, is incredibly exciting, not just for small businesses, but for how it’s shaping our expectations of video. Forget just watching video. Now you can shape the story as you watch, and in the future, even talk to what you are watching and have the story change before your very eyes! Could this be paving the way for the Star Trek Holodeck to become a reality? Will we see our favorite character in a movie drinking a coffee and decide to have the same coffee delivered to our door before the episode is done? Will you look back on the early days of video and think how limited it was?

The answer is yes, and that future is here.

It’s hard not to be impressed with Devo, and yet he has one big takeaway for every listener, and it is this: YOU hold the magic to change your future. He says the only difference between him and everyone else? He’s willing to take on the pain to chase his dream against all odds.

We’re inspired, and we know you will be as well!

Click here to go to the Big on Small podcast page for this episode.

Tune in to find out how this humble visionary is taking what he learned from launching music careers to reshape business, and precisely what he has in common with YOU.  By the time you’re done listening, you’ll literally be choosing YOUR own Adventr!

If you have a small business question that needs answering or want to show some love to a small business in your life, call and leave a message on the Big On Small Hotline at 1-844-967-CHAT (2428) or visit the contact page here.

Where to Listen to This Podcast 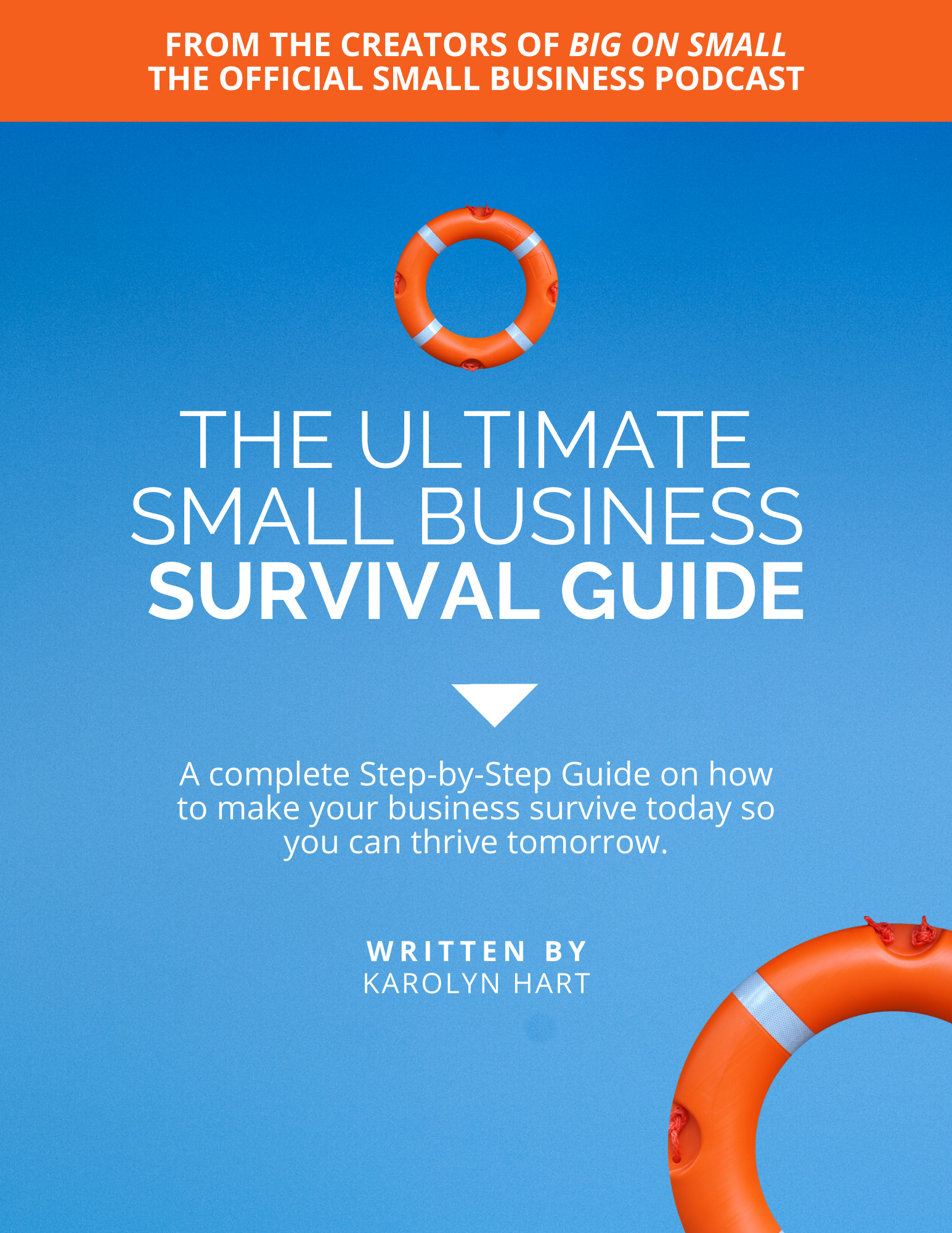 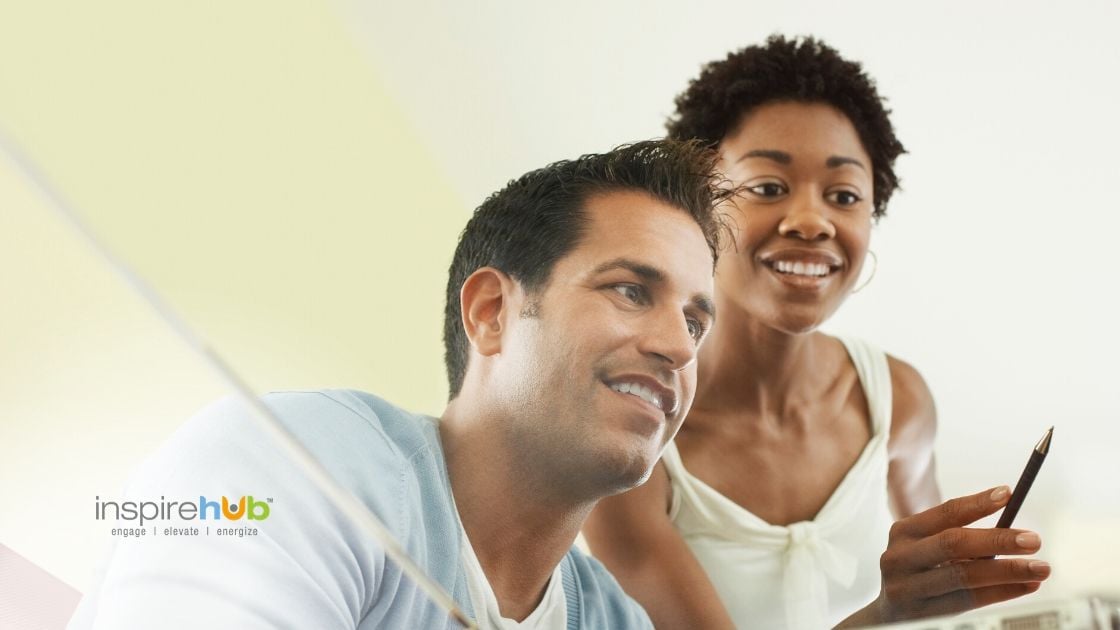 Yet, a recent survey showed that of those that requested Coronavirus relief funding from the SBA Administered Paycheck Protection Program, just 12% received the full assistance they requested, with two-thirds reporting that they did not receive any.

Big on Small Episode 2: Saved by the Barn's Kelly Holt

Do you have a great BIG dream? The one that captures your heart and imagination but you’re not sure where to start? Are you willing to leave everything to make it happen? From the warmth and order of the Austin tech startup scenes to frigid Michigan winters rescuing animals, get ready for your heart to be moooved by Kelly Holt of Animal Planet’s Saved by the Barn.

Our second Big on Small episode is definitely close to home, or should we say the barn? Kelly’s journey to leading a rapidly growing farm animal rescue started in the most unlikely of places - magazine publishing that ultimately focused on the tech startup world and even led to her working with InspireHUB.

Out of a world hyper-focused on perfection, Kelly shares how embracing ANTI-Perfectionism led her to find her own freedom and success. The same principles that she uses in helping to rescue and care for animals are found in building a successful organization. From creating healthy boundaries around understanding the clear divide between identity and our work to practising kindness over failures, whether it’s you or your team, this episode will definitely get you ‘moo-tivated’!  Listen in ...